Jennifer Terzian Gallery is pleased to present Screen Shot, a solo exhibition by painter Julia Rooney. Comprising two bodies of work—notably produced a decade apart—the exhibition probes Rooney’s longstanding fixation with the way screens have become persistent mediators of our world and ourselves in it. Both titled I did a series in a very hot August , they are distinguished only by the years of completion (2012 and 2022), akin to the way phones and operating systems are renamed with each generation or upgrade. Though stylistically different, both series utilize scale as a formal and conceptual strategy, emphasizing the way in which our perceptions have been recast in miniature through the devices we carry, and in turn that carry us in their image.

Rooney’s newest paintings are made on 3×6-inch wooden tiles. While abstractly painted, the tiles themselves are unmistakably suggestive of smartphones with their rounded edges and thin profiles. White or black bands at top and bottom suggest the layout of “Full Screen View” when the image does not match the screen’s rectangular ratio. Framed by this negative space, the 3×3-square inch painted spaces feel like snapshots of an imagined world, even as some seem to depict the very lens through which this world was shot. These painted orbs could be celestial or bodily in scale, globes observed or eyes observing.

In contrast, the visages in Rooney’s 2012 plaster paintings look concertedly out at us. Long before the Covid-19 pandemic pushed many relationships online, Rooney became transfixed by a trove of candid Screenshots taken by her partner during years of long-distance Skype conversations. Presented to her as a zip file upon their breakup—like the gesture of “returning one’s things”— the PNG files occupied no mass yet incredible emotional weight. Cutting Drywall into tablets the approximate weight and size of the computer which shot the original images, Rooney painted each one, re-storing the flattened subject to physical form.

Installing each series responsively to the gallery’s architecture, Rooney firmly grounds these paintings in the physical world, even as they are born from and will inevitably be reproduced online. Rooney extends our gaze from the screen’s digital image to the physical apparatus which holds it, and finally to the room in which we stand.

JULIA ROONEY is a painter whose work explores the space between analogue and digital media, gesturing towards a world in which the two tenuously coexist. In 2021, her solo show @SomeHighTide featured a series of phone-sized paintings (2×2-inch), installed both physically at Arts+Leisure Gallery (New York, NY) and digitally on her eponymous Instagram account, which she intermittently reactivates for site-specific projects as an ongoing form of critique and inquiry on social media. She continued this research as a 2021-22 Happy and Bob Doran CT Artist in Residence through Yale University Art Gallery and Artspace New Haven, culminating in the group exhibition Footnotes and other embedded stories. Her ongoing series “paper paper”—made entirely of pulpified and re-formed newspapers—has been exhibited at The Weatherspoon Art Museum (Greensboro, NC, 2021); has had solo exhibitions at Kopeikin Gallery (Los Angeles, CA, 2019) and Real Eyes Gallery (Adams, MA, 2021); and is currently on long-term loan at The Nature Conservancy in Connecticut. Rooney has been awarded residencies and/or fellowships through The Studios at MASS MoCA (North Adams, MA), More Art’s Engaging Artists (New York, NY), Lower Manhattan Cultural Council’s SU CASA (New York, NY), Yale Prison Education Initiative (New Haven, CT), and the Vermont Studio Center (Johnson, VT). In 2022, she will be an Artist in Residence at The Joan Mitchell Center (New Orleans, LA). Rooney received her BA in Visual & Environmental Studies from Harvard College and her MFA in Painting from Yale School of Art.

“I did a series in a very hot August” is borrowed from a poem by the same name by Anne Marie Rooney, which appears in the book Spitshine (Carnegie Mellon University Press, 2012).

“I did a series in a very hot August” is borrowed from a poem by the same name by Anne Marie Rooney, which appears in the book Spitshine (Carnegie Mellon University Press, 2012). 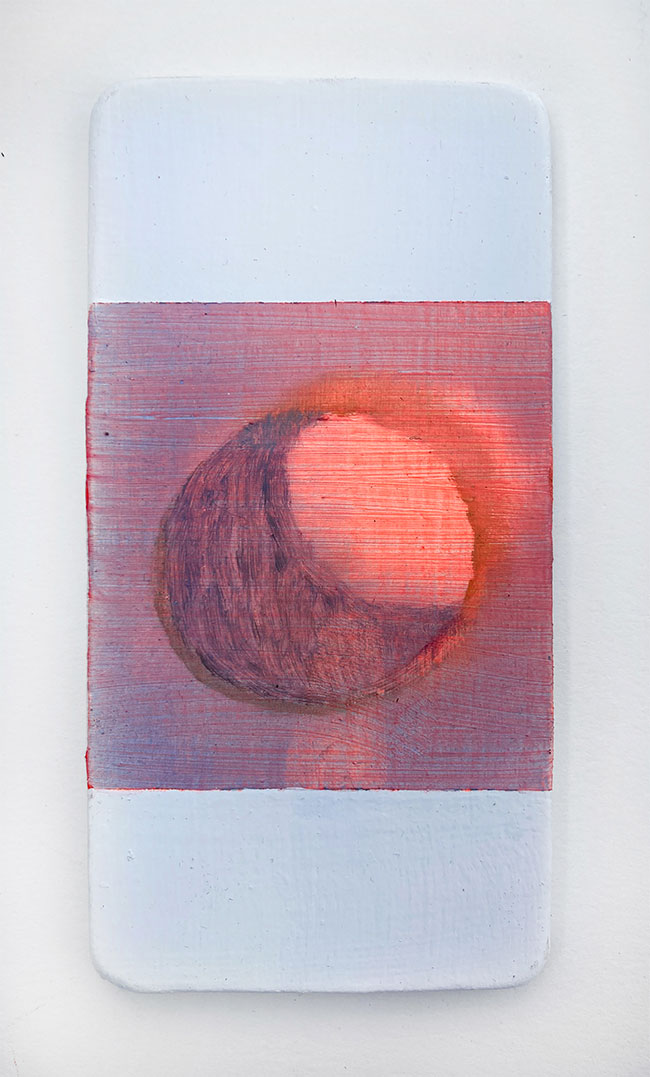 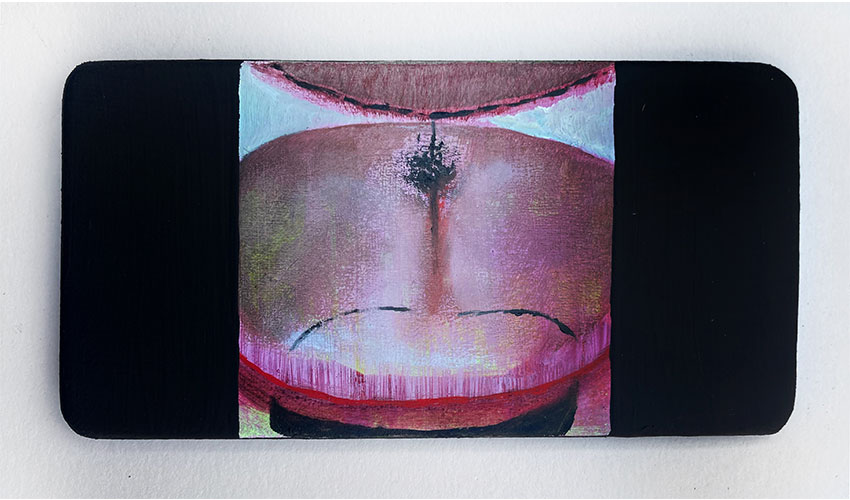 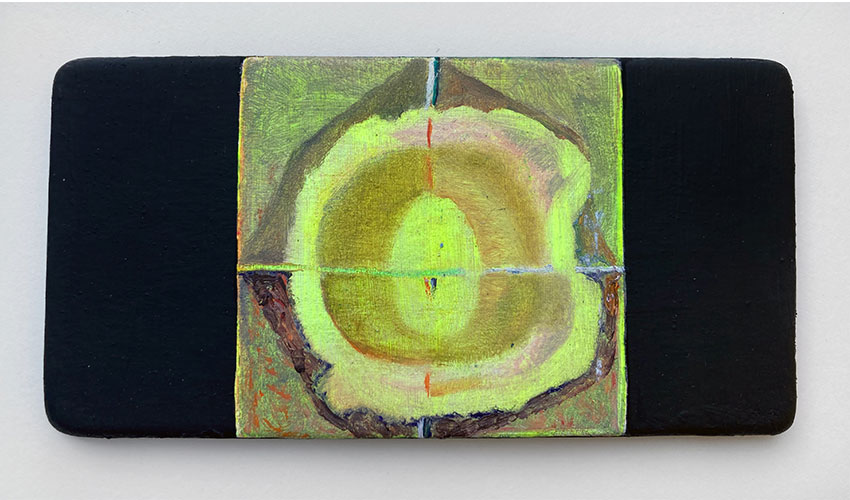 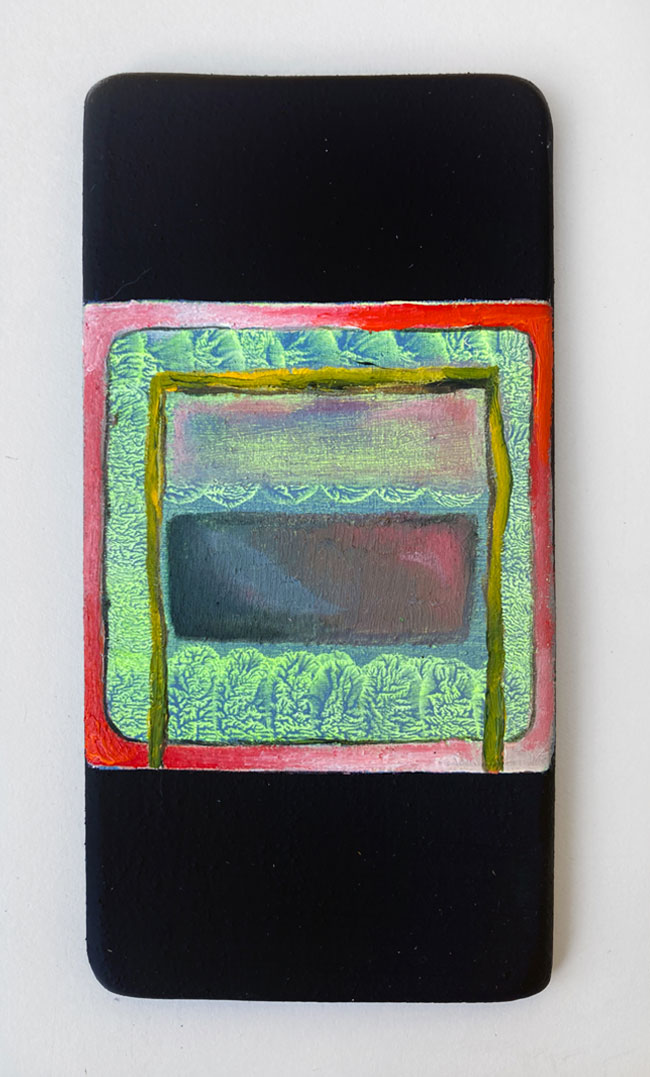 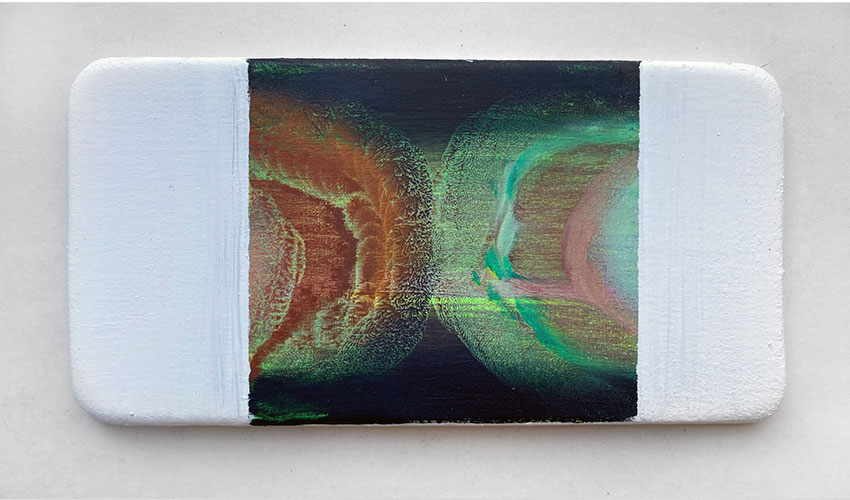 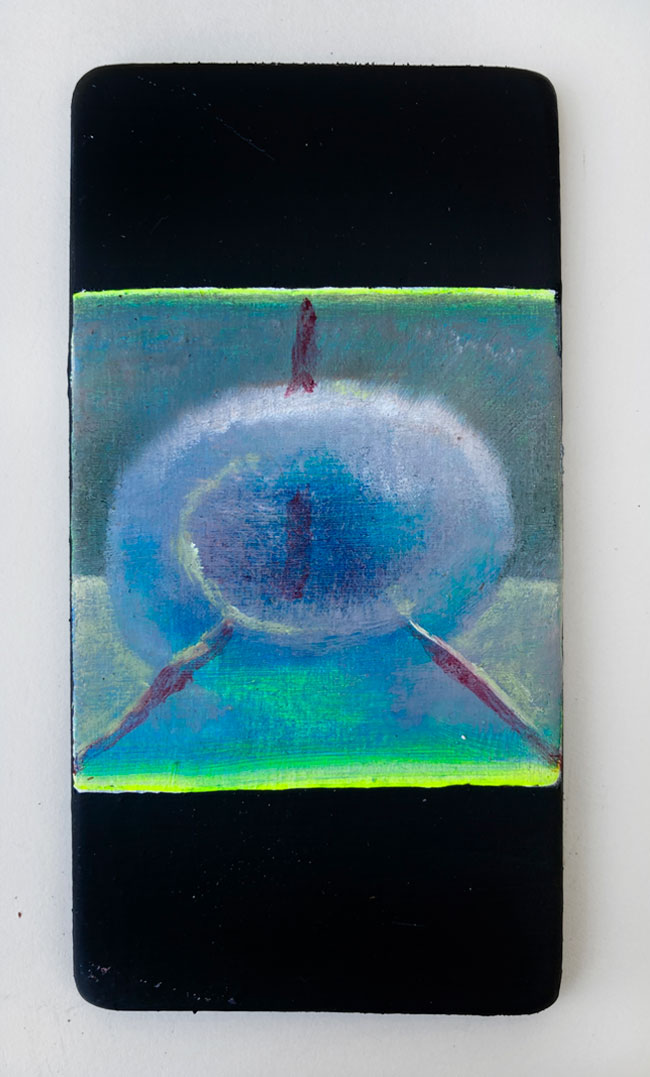 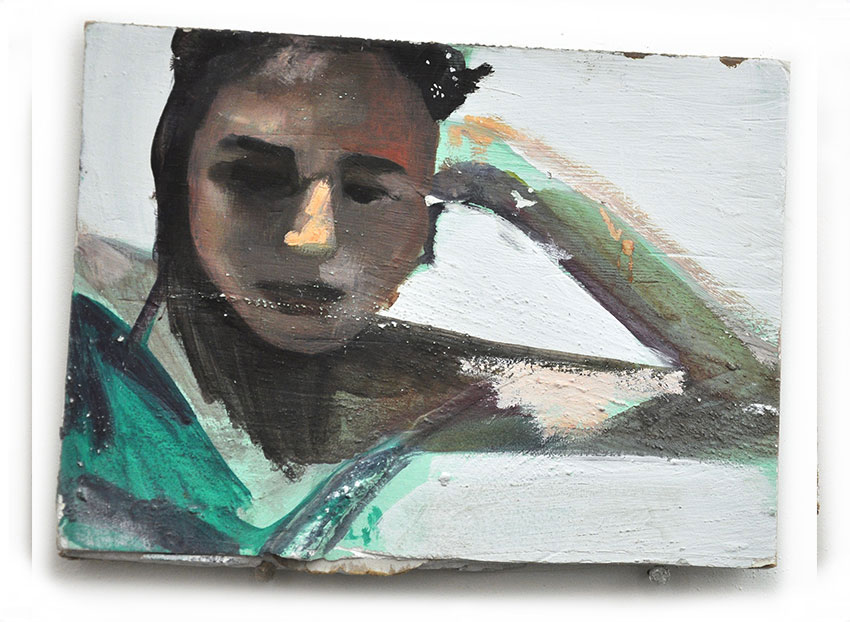 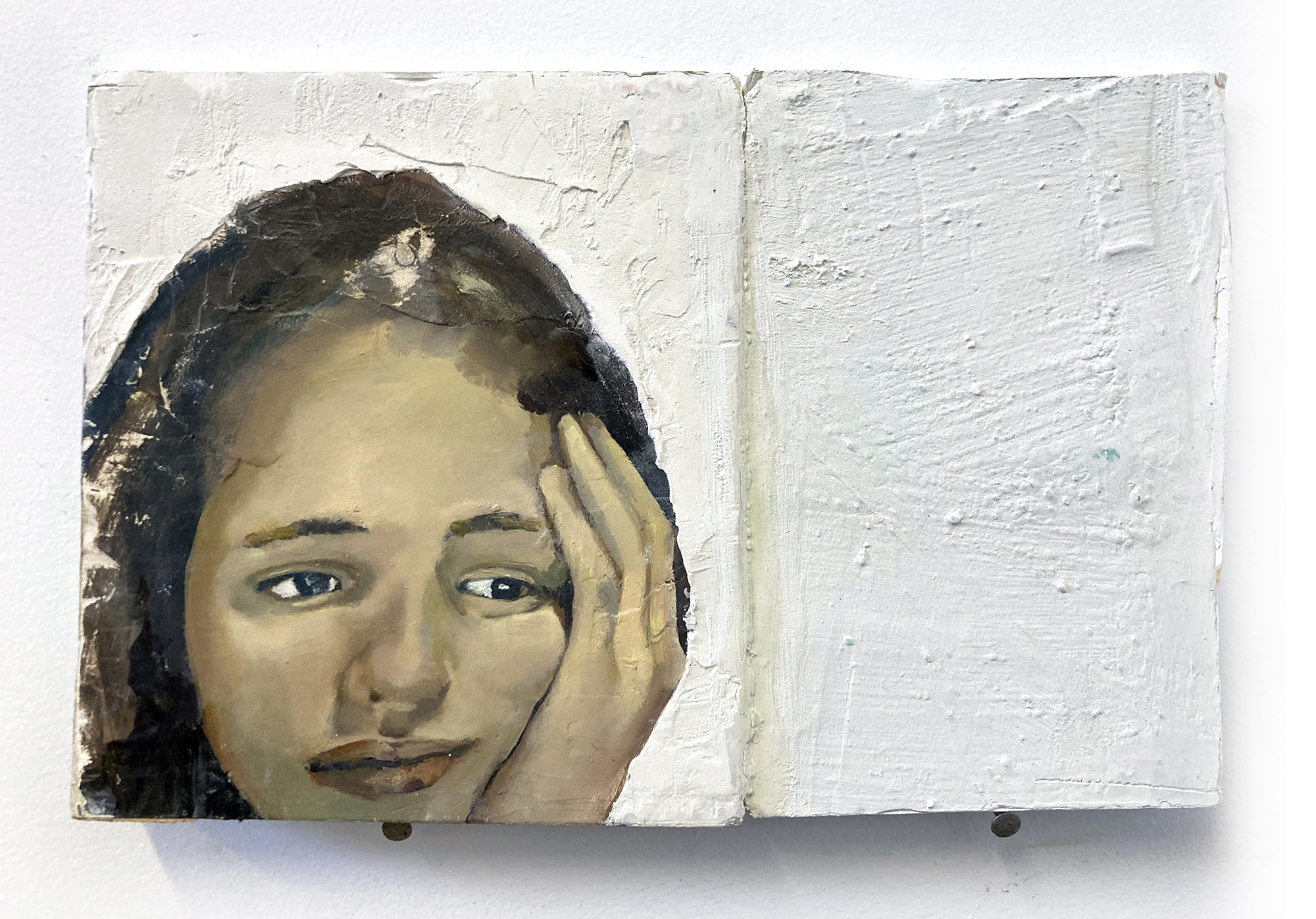 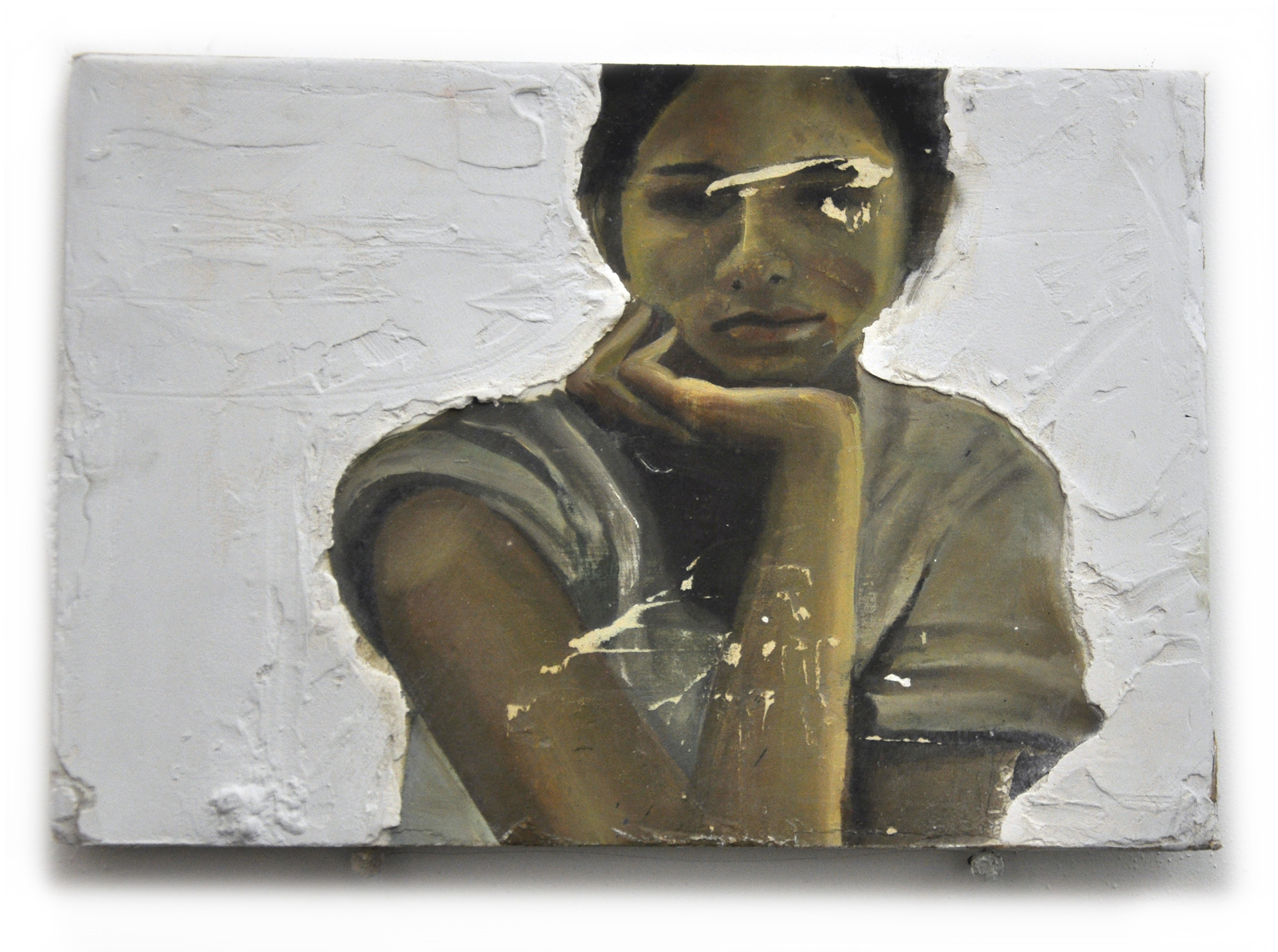 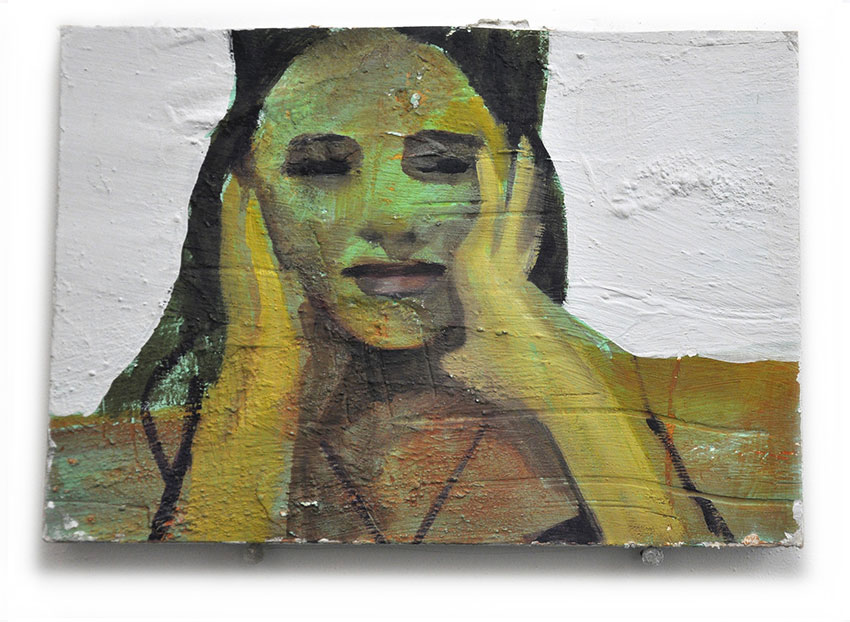 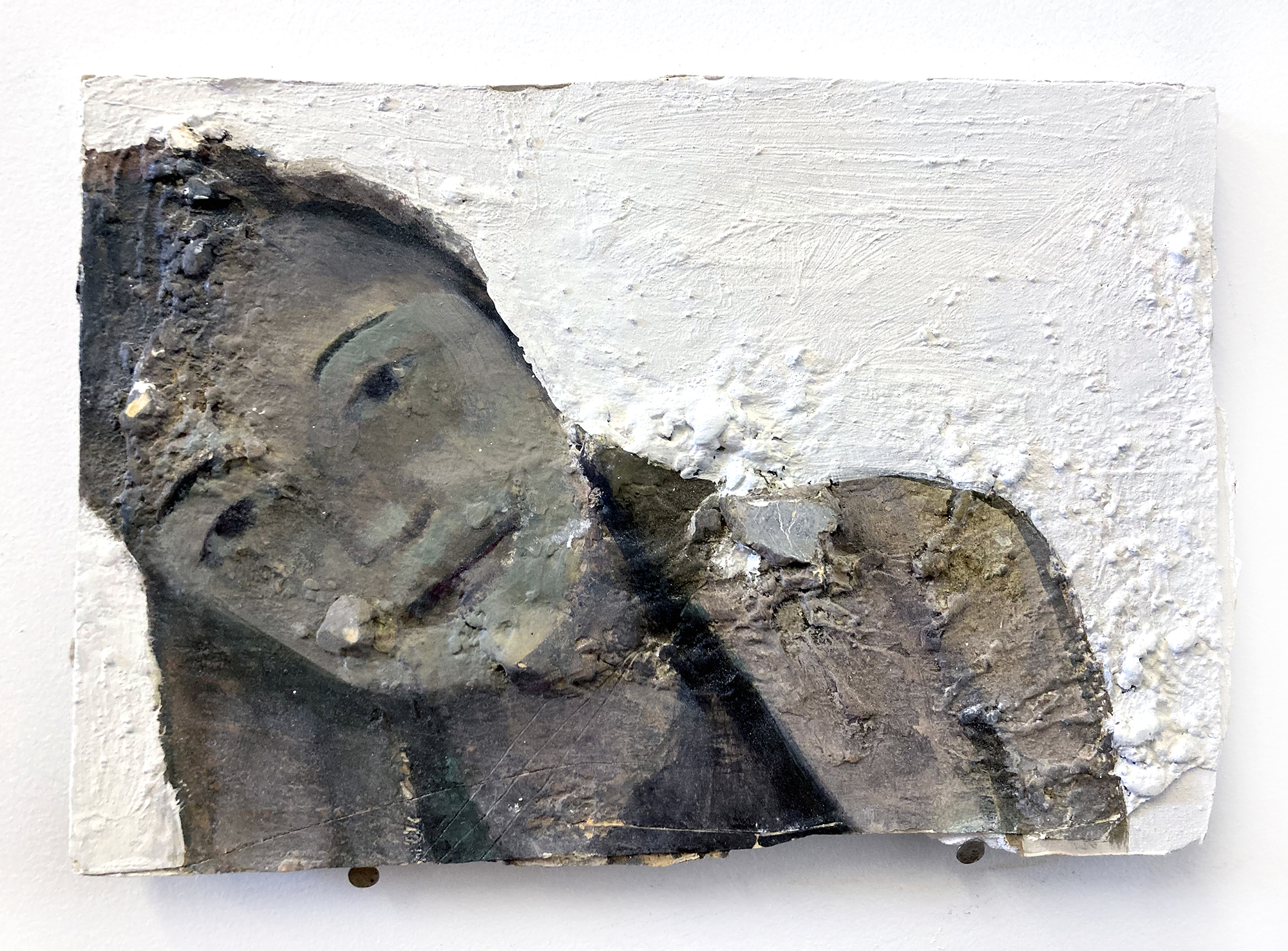 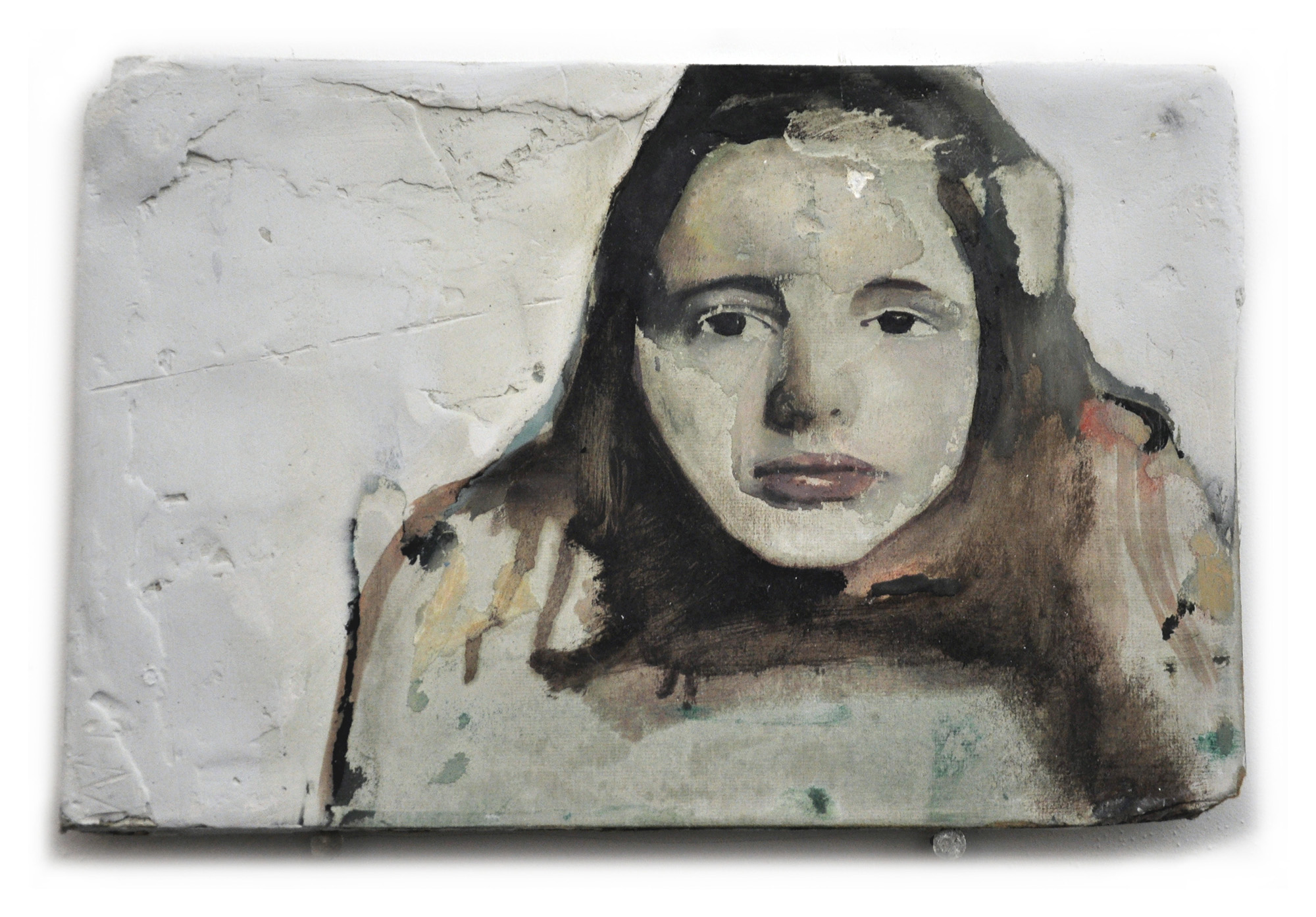 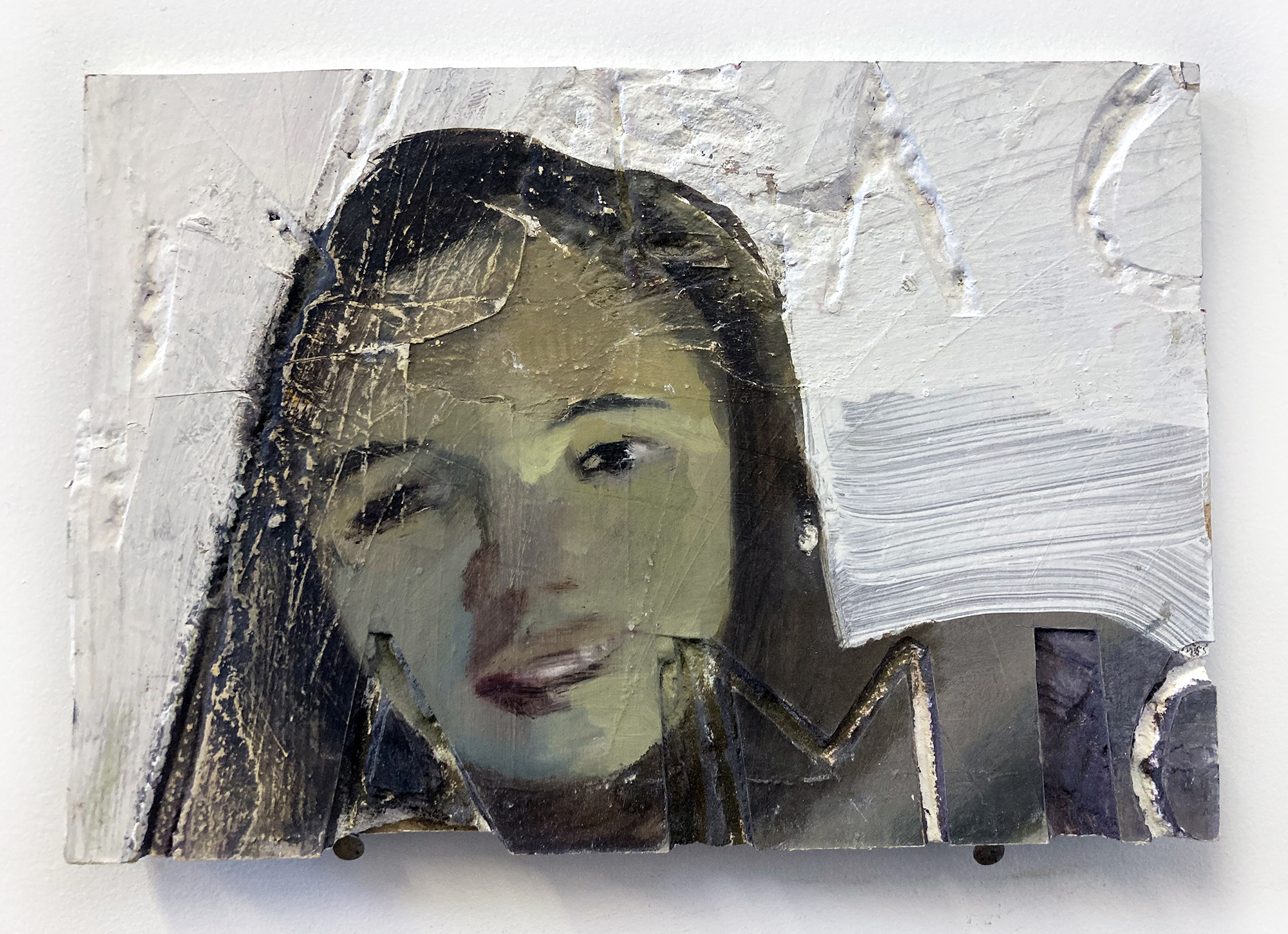 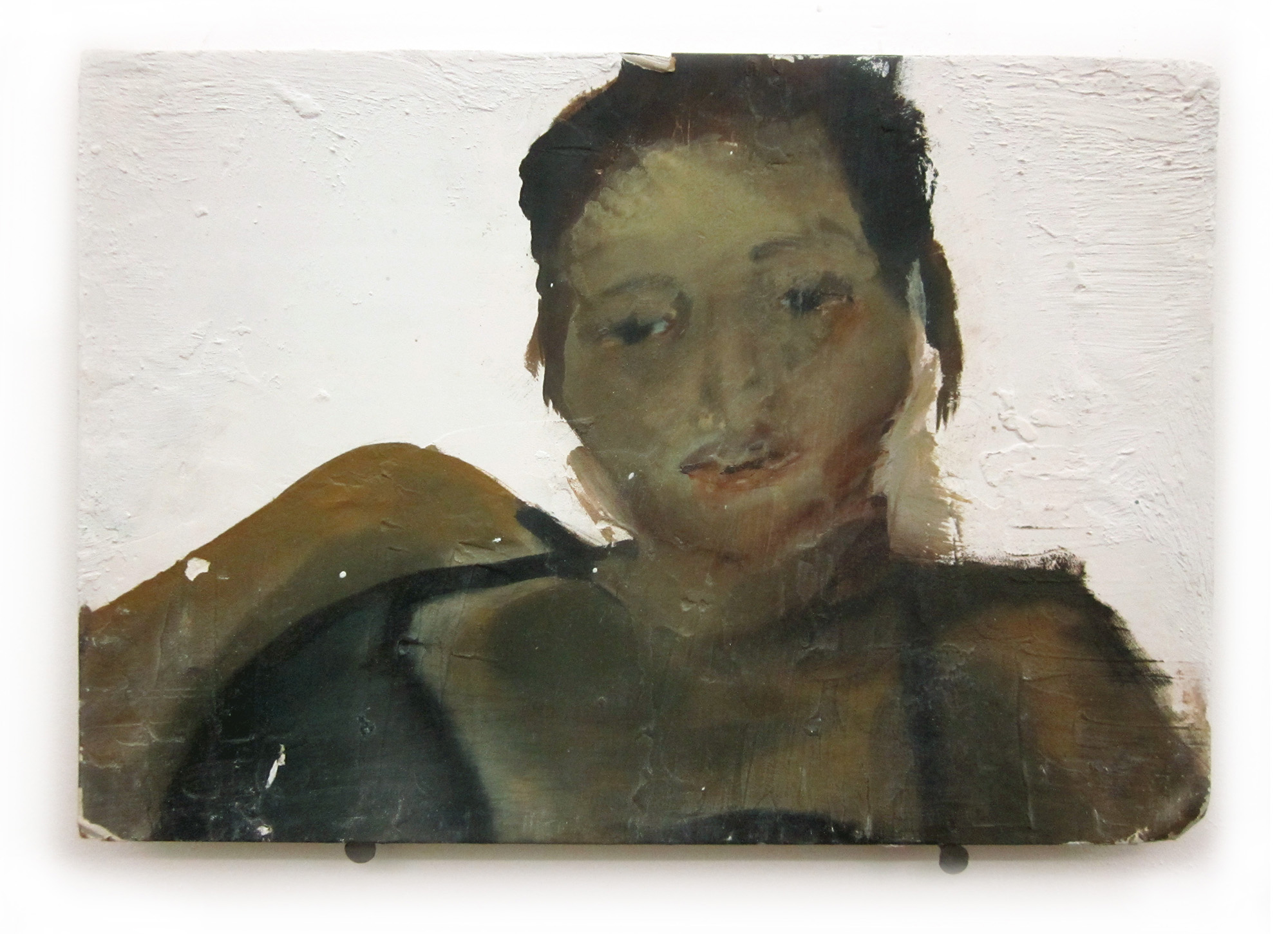 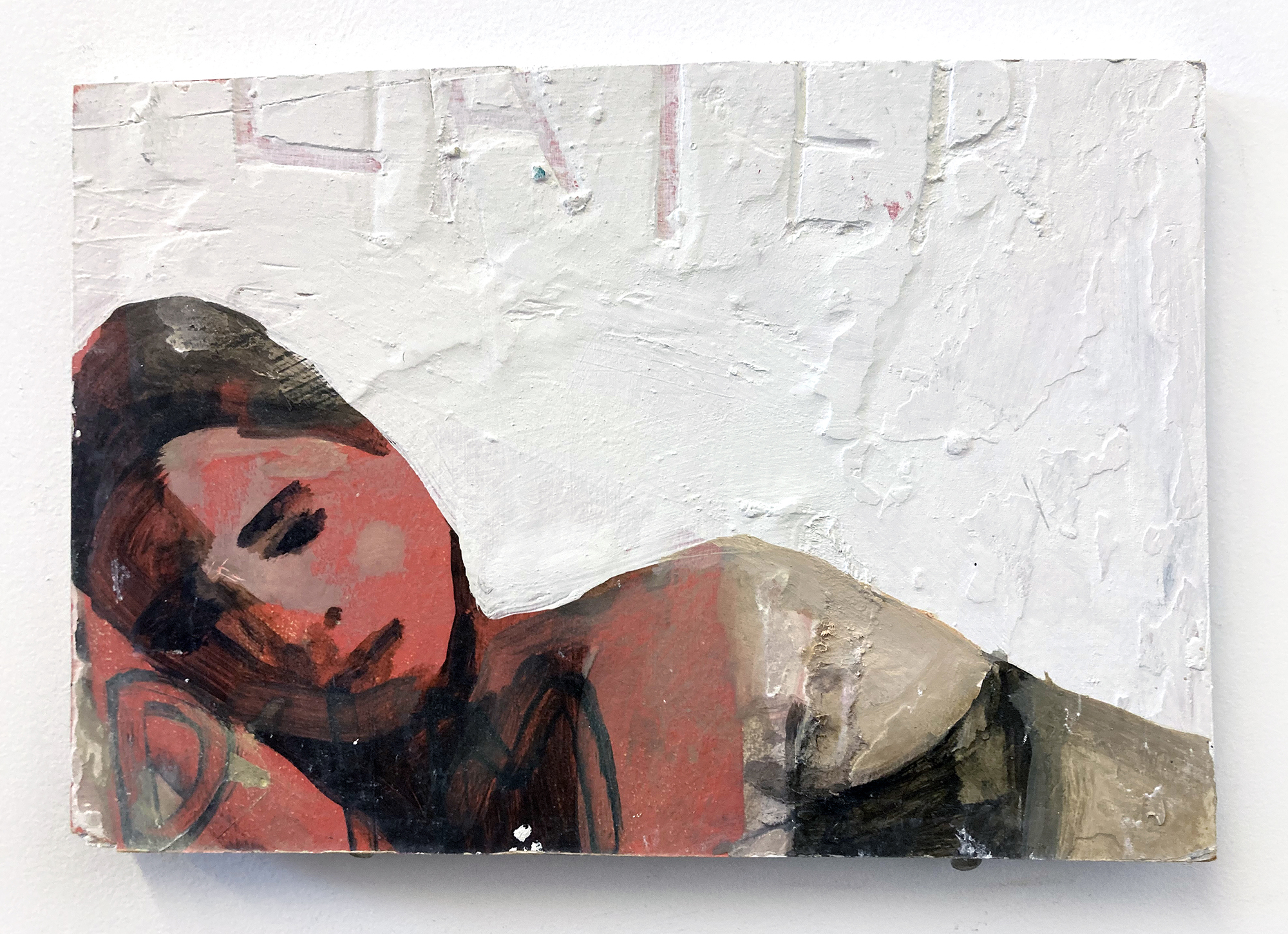 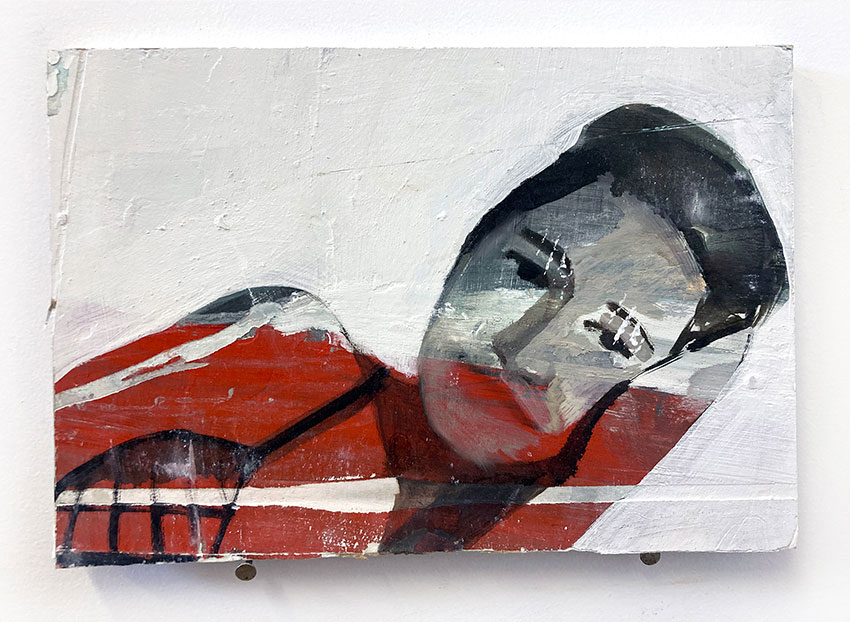